PIANO STUDIO OF PROFESSOR JOKUT MIHAILOVIĆ
``Milan Grol`` Hall / The Ground Floor
Art workshop is designed as two-semester lectures, which are held every Saturday. Studio includes all ages, starting from the youngest to the more experienced pianists through private tuition, educated in the way of Professor with long experience who introduces her students into the world of music and interpretations.

Beneficiaries of the area - members
MUSIC STUDIO
The Ground Floor

SCHOOL OF MATHEMATICS 2 PLUS 2
The Ground Floor

Studio for Early Music (studiozaranumuziku.com) was founded in 1992 as Association of Early Music lovers and the professional artists who are dealing with music interpretation from the Middle Ages until classicism on historical instruments. Every year, the Studio organizes the Festival of Early Music in June (festivalranemuzike.com), as well as the Belgrade Baroque Academy, which aims to educate young solo singers and instrumentalists in historical interpretation (baroknaakademija.com). It takes place several times a year with the mentoring of our and foreign specialists for early music and historical interpretation, including Marijana Mijanović, Predrag Gosta, Evelyn Tab, Florian Deuter and the others. Studio also organizes concerts of Early Music, among them is the traditional Christmas-New Year’s Concert of Baroque Music under the Candle Light (Dec. 30th) which began in collaboration with Ilija M. Kolarac Endowment. Studio for Early Music collaborates actively with New Belgrade Opera (novabeogradskaopera) with which it sets on Belgrade podium at least one new baroque opera.

THE FOUNDATION OPEROSA
The Fourth Floor

Operosa is opera and classical music festival, which was founded by the Finnish mezzo-soprano Katherine Haataja, 2006 with the aim promoting young opera talents and contemporary expressions to modern audiences. Operosa aim is to focus on the repertoire suitable for young opera singers, working with top producers and presenting opera as a modern and entertaining form.
www.operosa.org
061-1900696

TRAVEL TO THE WORLD OF SCIENCE – Workshop for children 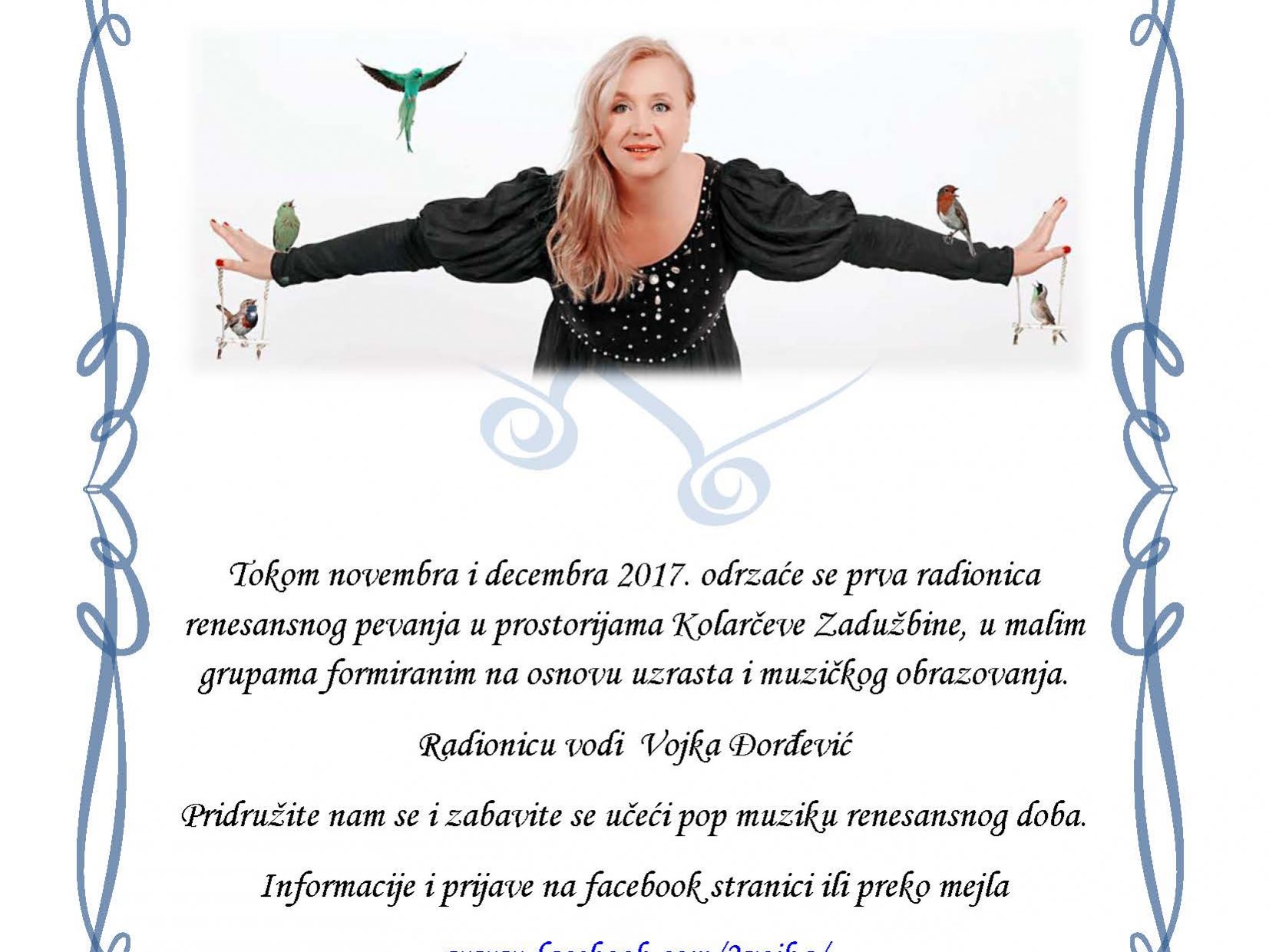 During November and December we will organize the first Workshop of Renaissance Singing in Kolarac Endowment, in small groups based according to the age and music education.

Information and application can be found at Facebook Page: www.facebook.com/2vojka/ or e-mail: renesansnopevanje@gmail.com 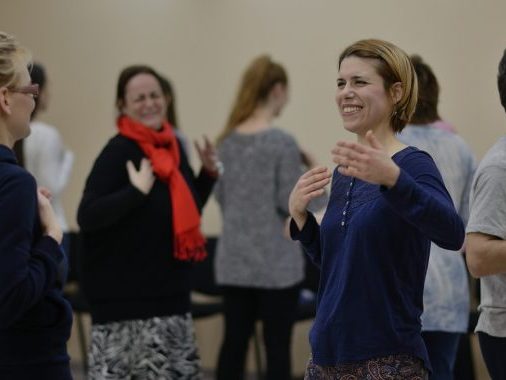 The Workshop BODY AS AN INSTRUMENT
Saturday, Dec. 23rd at 3pm

The body as an instrument combines body percussion technique with singing and techniques of contemporary theatre. Synchronization and coordination of different mental and physical capacities, breathing, concentration and musical skills are what we do through various exercises and games, forgetting the past and the future,…