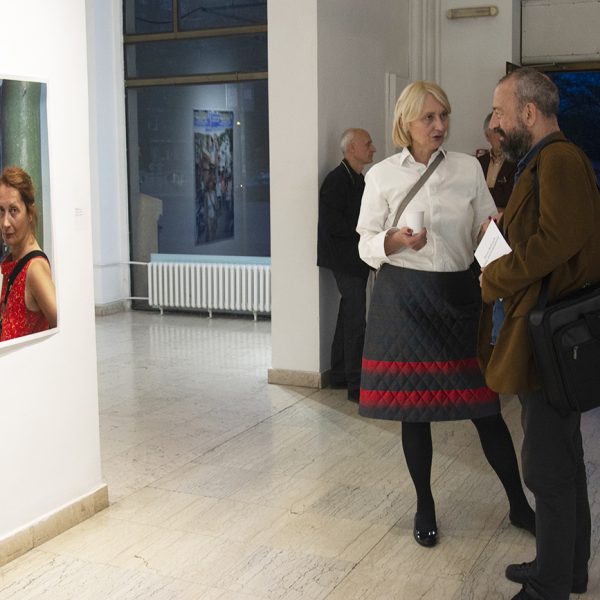 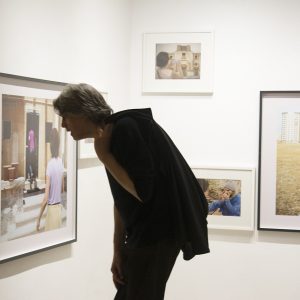 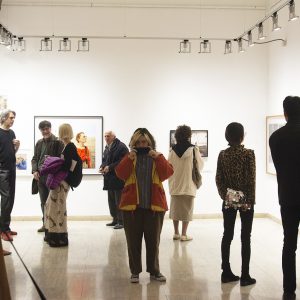 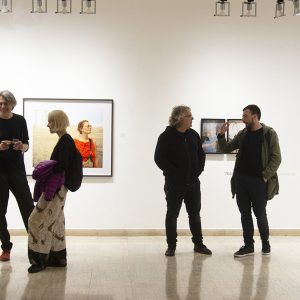 Fake, unrealistic or something that just appears to be right. False with the intention to deceive. Imitation or in Serbian quite simply Foliranje.

There is something irresistible in “Foliranje”. In the early 1840s, the first self-portrait was composed and taken and seems to have excited a desire or thrown a challenge for all Selfies up to this day. It was the self-portrait of Hippolyte Bayard (1801-1887). A Real photograph of a fake drowning man. Just like today, false evidence with good intent. This photo also had an explanation: that he Hippolyte Bayard drowned himself in despair, because of injustice. There were comments, like today on Instagram, that “photography leaves the impression of reality with a fantasy of dreams”.

Already it was clear that photography would represent something more important than the truth.

“Fake Photography” is a project where I as an author, posed and “performed for the camera” in galleries and museums, in different places and on different occasions like the Arles Photo Festival or the Venice Biennale. These are self-portraits in front of the photos of other authors, but as in the case of the fake drowning man, or of the work of Cindy Sherman, this subject should not be looked for in the “appearance of the author”. The subject is located somewhere in the scene and in the background.

The subject is in the artworks of other artists which are now in backgrounds and appear here in Fae photography as part of the new work. After appropriation, these photos now become some new reality. This series illustrates those invisible processes of the influences of other authors, and coming to believe in other ideas, the appropriation of other conclusions, or of all the viruses of the other minds, as a result of which all the ingenious ideas which we pick up become ours. In these photographs, this fictitious world of patterns, idols, and influences becomes visible and real. After all, reality should be sought where we want to see it, and not where it really is.

Vesna Mićović (1965, Belgrade) is a visual artist and photographer. The subjects of her works explore the appearance, meaning, and role of photography in contemporary art practice. Vesna Mićović is a Professor of Photography at the European University, New Academy of Arts in Belgrade.