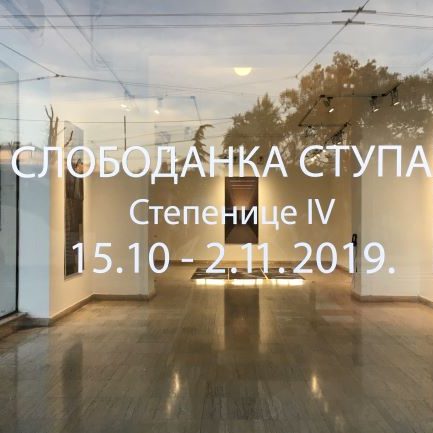 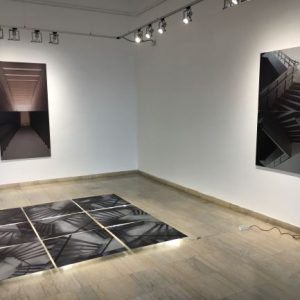 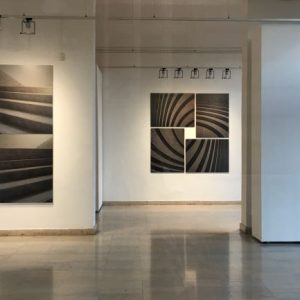 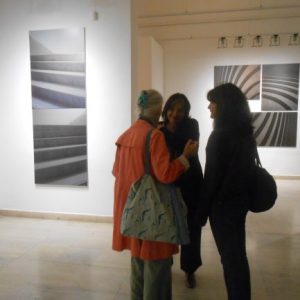 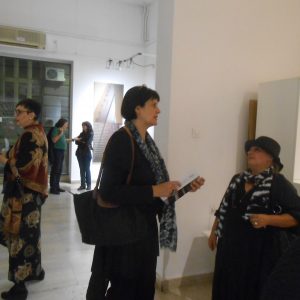 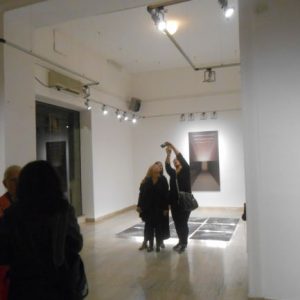 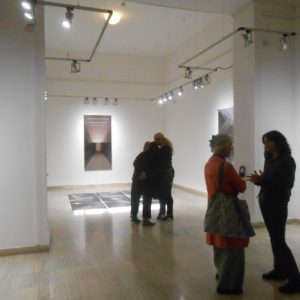 Guided tour through the “Stairs IV” exhibition and talk on Saturday, Oct. 26th at 11.30am, Art Gallery

Encountering the work of Slobodanka Stupar, from the series entitled “Stairs Down are at the same time stairs up”. Habitually the view of the visitor directed to recognizing a glimpse of overlooked pieces of the museum architecture, sampled and reorganized into mixture of meditative photo reflections on symmetry, form, light, surface and structure. They are presented in a way that is adjusted to the space (in groups which are installed taking into account the characteristics of the exhibit space). They are often supplemented by sound, whose role is to expand the visual field and drown the listener in settings that gain qualities of the ambience. In the intentional sense, they are the factors of transmission between the inner states of the artist and the inner states that are induced in the visitors – during their observation of the works in the exhibition space.

The content to be provided through these mediators conveys nothing but the intensity of the feeling that the artist has intended to share when she decided to take and share those images with the audience. These feelings have arisen due to the plenty of overflow of that part of consciousness that is in the domain called the philosophy of psychology “phenomenal” (since it refers to what kind is the experience of something), in such an amount that its complementary part of consciousness” (which refers to what is available to us and what we can express) can hardly endure.

Namely, the intentional objects of her museum research have induced some very specific experiences that cannot be told in adequate ways but can be shown through works of art. As a consequence, she produced photographs as the visual equivalents of epiphany experiences …
… In the approach of Slobodanka Stupar, in this project, the rituals that result in
the works of art are personal, and they treat the museum as a source of spiritual content, in terms of searching for moments of epiphany, as moments of revelation and insight…

Extracts from text of Stevan Vuković Moments of epiphany

… Yet, on her photo notes, these parts as long as they underline their affiliation to the modernist rhetoric which is recognized in the dominant linearity of the motive (without decorations) it seems as they at the same time are losing their physical foundation, spatial logic of in front and in the back, they are playing with static, they double up and break up, causing dizziness. In short, as if they are problematizing functionality in favour of performativity….

… Therefore, although the printed photographs are clearly separated into thematic units according to the place of emergence (Caixa, MoCA Athens, Bonn, Walraf Richartz ...), by carefully and thoughtfully fitting them, multiplying them, playing with the symmetries of the chosen motives, rotating them within each separate group whole, they problematize the very act of transition that these institutions advocate. And not only that. Photo-notes drawn by Slobodanka Stupar into the unexpected (dizzying) whole by their almost monochrome/atism (rigor?), as well as by selecting sequences that play with origin (which institution, which part), with dizzying multiplication of normals, oblique, straight (upright), distorted, they play with it.  They erase their diversity. They underline that what is common to all…

Extracts from text of Jelena Stojanović

Performative topographies of the liminal

Slobodanka Stupar was born in Sarajevo in 1947.

She graduated from the Faculty of Applied Art in Interior Architecture and Graphics in Belgrade, she received a master’s degree in graphics from the Faculty of Fine Arts in Belgrade, and specialized in the School of Fine Arts in Athens (prof. A. Exarhopoulos, prof. L. Vidali).
She has received several scholarships, awards and honors at home and abroad:
October Salon of Belgrade Award, and Art Colony Sisak Ironworks Award for Sculpture 1987; The award  of the Mediterranean Biennial of Graphic Arts, Agios Nikolaos, Greece 1988; The redeeming prize of the University Library in Zagreb – Yugoslav Drawings Exhibitions 1989; The First Award of the IX International Trinala graphics in Frehen in 1991; Dry Needle Biennale Award, Užice 1993; Redemption Award of The National Museum at the Belgrade International Biennial of Graphic Arts 1997; Fotowettbewerb Award 1999, Stuttgart 2000.

Her works are also in private collections at home and abroad.

The exhibition will be open until Nov. 2nd every day except Sunday from 10am to 8pm.