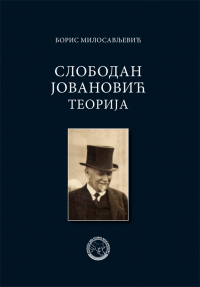 The Institute for Balkan Studies of the Serbian Academy of Sciences and Arts has just published a new book in its Special Editions series: Slobodan Jovanović: Theory by Boris Milosavljević. The author’s objective was to trace in detail what may rightly be called “the genealogy of the intellectual profile and theoretical position of Slobodan Jovanović”. Milosavljević’s conclusions are based on the scrupulous study of ample material from domestic and foreign archives and the views set out in the entire prolific work of Slobodan Jovanović, of his father Vladimir, and a number of important and influential figures of nineteenth-century Serbia. Therefore, the first part of the book offers a history of ideas and political developments in Serbia presented in a new and well-argued manner. Considerable attention is paid to numerous details which in fact form an important integral part of the mosaic about Slobodan Jovanovic, to his political and literary criticisms, and to his language and style of writing.