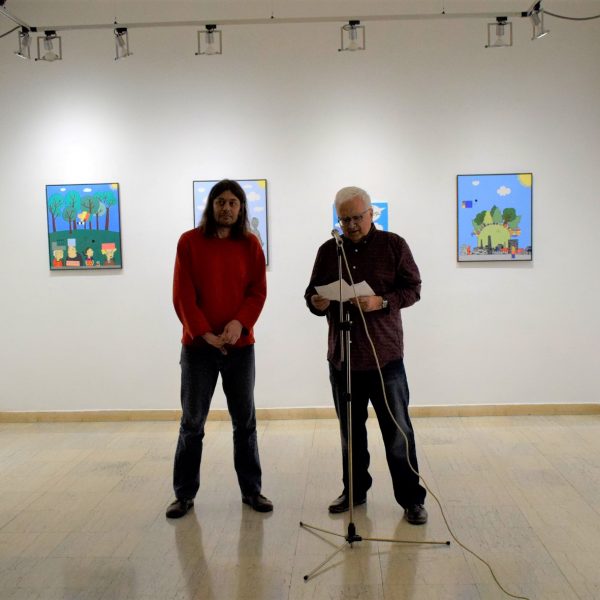 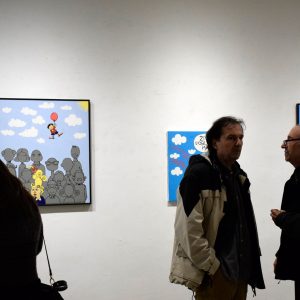 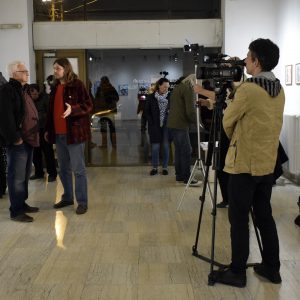 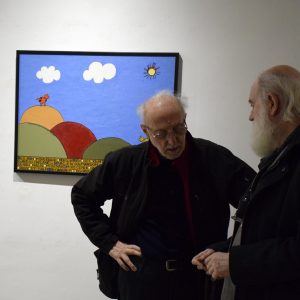 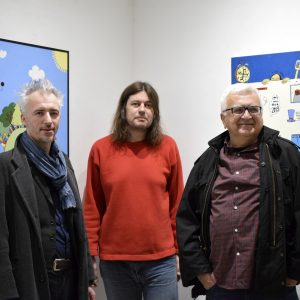 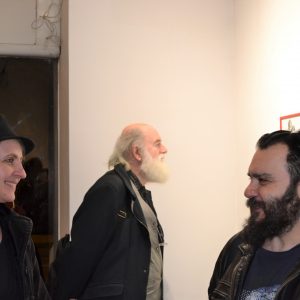 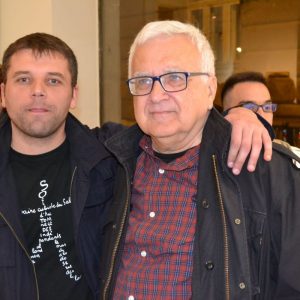 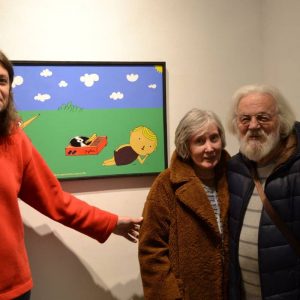 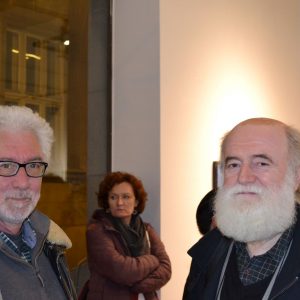 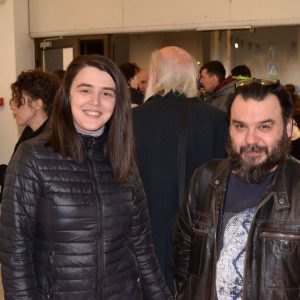 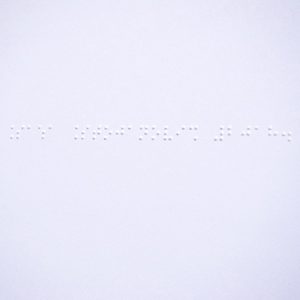 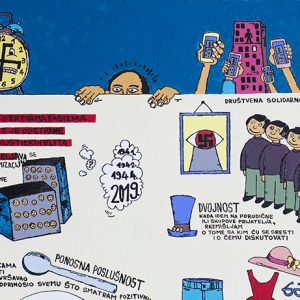 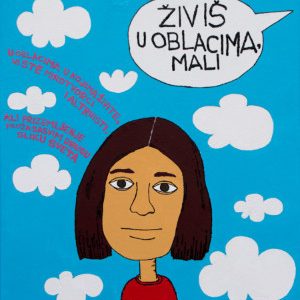 The exhibition was opened by a publicist and rock critic Žikica Simić.

The exhibition will be open until April 6th, 2019 every day from 10am to 8pm, except on Sunday.

This is an exhibition of paintings, drawings, posters and photographs from performances, however it is also a suggestion for people to meet. Not to connect their lives for slavery system of the country where they are controlled and manipulated by fear. They should leave the cage and organize their lives established on solidarity and refusing to keep on living in the fake world. Let us seek our own self-preserving escapism detached from the system of constraints.

If we observe clouds like celestial pastry, the food our imagination, this can be freedom for the imagination that has been abolished by the aggressiveness of economy and politics. Only a free man is a happy man. Absence of imagination points to discontinuity with childhood as an experience of true joy to life. This exhibition is not a media manipulation of a better life, but a proposal for the recovery of meaning and returning to ourselves, not for selfishness, but to hear our hearts beating and feeling one another again. In this kind of reality, man lost support in his own spirit and other human beings. Everywhere is felt emotional dissociation, but on the other hand people are connected by banking operators. There is no censorship, but there is negligence as a new form of censorship.

We have lost integrity and we are not in a position to guarantee our lives with the thoughts and words we speak. In the clouds we live in, we are peacemakers and altruists. But the grounding provides a completely different picture of the world. No matter how big we are, we can not be bigger than ourselves.

The production of the illusion that everything is the same and that the changes cannot be is based on passivity, that is on the belief that this way of life can be organized only by some kind of authority. We have to learn to make our own decisions about ourselves and change ourselves so that we can stay the same. Beauty unmasks ugliness. Everything is written in the eyes, even more in the soul. It is also important to affirm love, not as a romantic-utopian pathos, but as the deepest meaning of life.

Saša Stojanović (1968) is a visual artist, performer and activist. His art is established on the affirmation of love and communication as well as critical and autoreflexive relation towards life, social reality and institutions.

After socializing and closeness to Bogdanka Poznanović and Miroslav Mandić, the artist received joy of creation, sophistication and courage. The important part of his art is created by performances that were realized during 90’s and at the start of 2000’s as the part of context of the engaged alternative.

Those works criticized values promoted by the dominant regime. The practice of Saša Stojanović, after 2000, is directed against the consumer society and the neoliberal capitalist society that are driven by the economic interests of the minority and which produce poverty, sexism, marginalization, institutionalized violence and subordination of all kinds.
Part of the activity of Saša Stojanović is a series of lectures titled “Celestial Pastry is Listening to LPs and Talking to People”, in which rock music by not so well-known performers from the period of 1966 – 1969 is listened.

He is the author of the poster and the cover for CD “Luckily, a general likes children” by Obojeni program band. He painted the book “Three knots on the eyelash” by Ljubivoje Ršumović. Saša Stojanović graduated from The Faculty of Fine Arts in 1977. He is a member of ULUS.

With CLIO Publishing House in 2016, he implements a project the Grail Library of Miracles, where he speaks with his free-style artistic proposals, opposing the banality of decorative consumer trends in designing books.