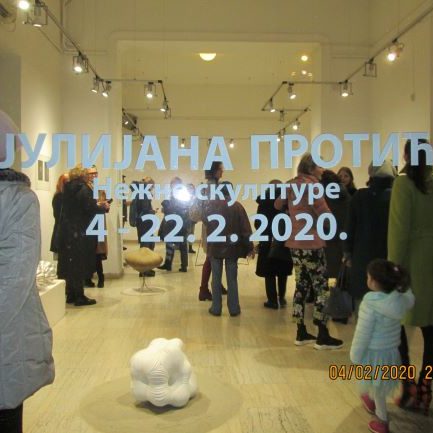 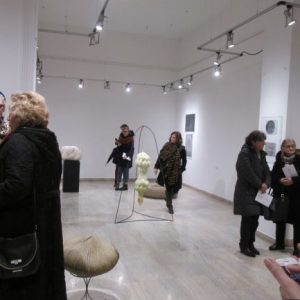 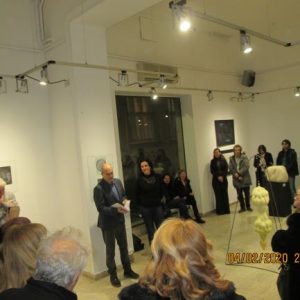 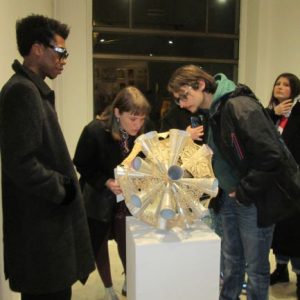 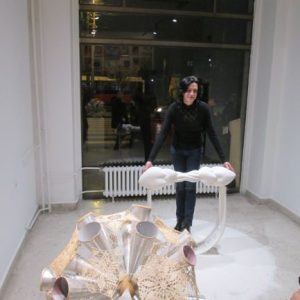 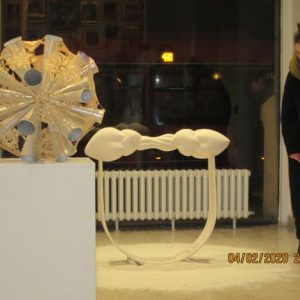 Preoccupied with the problem of the relationship between what is objectively perceived and what can be subjectively conceptualized, we experience reality in the area between the inner reality and the reality of the world that is outside.

Inner states, places and spaces, when articulated in art forms, stand as a mirror against them, and so the creator of those is reflected in herself, descended from herself, visible to herself and others. The embodiment of these internal states is a metaphor of a fictional character that, as Bergson puts it, has the same individual presence as a real person. It is exactly the influx into this world of the imaginary which exists as a real possibility that can be more significant and more real than reality, because for a human being, “without the use of illusion, there is no meaning in the idea of ​​relations with one object, perceived by others as external to that being.”
Accordingly, the name of this exhibition, the naming of the sculptures and the thematic definition point to the level where space can be transformed into an energy field (bodies), not only into a physically realistic entity, problematizing the epistemology of “telepresence”.

The sculptures I show in the exhibition are a series exploration of one idea, form and material and only after a certain period of time repetition leads to innovation. These are geometrized forms developed by repetition, reduced forms that are not figurative, but still evoke the association of flesh, exuberance, sensuality, intimacy. Oval or round  – they evoke the female body, such as the housing, the place of the female, the reservoir of energy, source and origin.

They are representative of the dualistic relationship of the gentle and the firm, the subtle and the brutal, the banality of the material and the refinement of perception…; ideas of stretching the boundaries of the conceptualized of the seen, invoking metaphysical interpretation and experiencing / plunging into the depths of being, now! And this path meanders from the artificial form of solid materiality to the gaping emptiness of the hole, as the face and reverse of the One, to calm the “inner necessity” in materialization.

She has been actively exhibiting her artwork since 1993 and has thirteen solo and over one hundred group exhibitions, participation in ten art colonies and sculpture symposia; a 2012 study visit to the Cité Internationale des Arts in Paris; two significant awards for visual creativity, several realized trophies, etc. She participated in the production of a large number of sets for film, theater and TV production, as well as in the visual design of presentations by various companies and museums.

The exhibition will be open until Feb. 22nd every day except Sunday from 10am to 8pm.