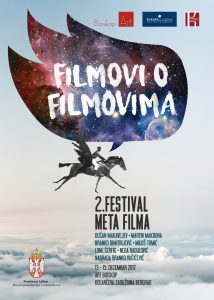 A festival featuring classics, as well as meta-films in production, will be held from December 13th  to 15th  in the Art Cinema Kolarac.

The focus of this year’s Meta Film Festival is Dušan Makavejev, who will be represented with “Sweet Movie” and “Hole in the Soul”. The lecture about “Sweet Movie” will be given by Branislav Dimitrijević.

In meta films, actors clearly point out that what we are watching is a product of fiction, and that we are dealing with films that talk about films – about the process of their making and screening. Video materials of different origin, such as home movies, television screenings and experimental films are used in these films. On the other hand, meta films are common in the prestigious Hollywood production.

A special accent at this festival will be Miloš Tomic’s  meta films  (representing Serbia at the Venice Biennale in 2013), followed by the conversation with the author, as well as the presentation of the film “Socrates”, which is in the stage of the creation.

The “Branko Vučićević” Prize will be given at The Second Film Festival and it is dedicated to the remarkable author, the creator of the term “Serbian montage”, which including his screenwriting opus gave a valuable contribution to the development of the meta film.

At the closing ceremony, after the award ceremony, we will have the honour to see the screening of the author who wins the prize.

The Meta Film Festival is organized by ART CINEMA KOLARAC, with the help of the Ministry of Culture of the Republic of Serbia. 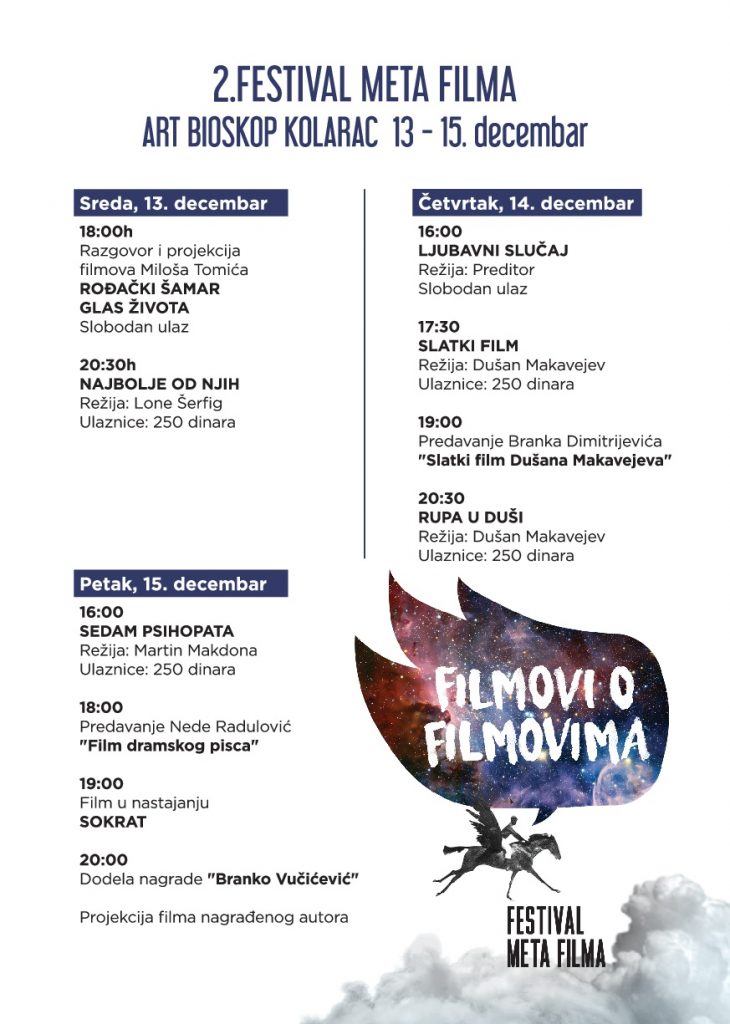