Additional registration to the Language Courses 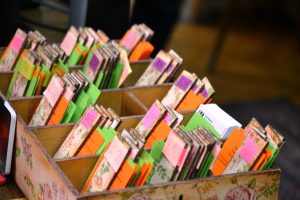 Ilija M. Kolarac Endowment marks this year 140th Anniversary since its foundation and 85the Anniversary of The Centre For Foreign Languages.

In this year’s jubilee, the Centre For Foreign Languages, offers special discounts for high school students of 50% at the full price of the course, in addition to the existing benefits for the unemployed, students, current students, journalists and members of the same family. 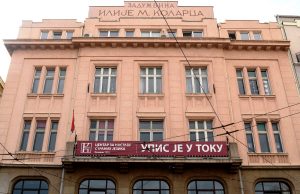 Ilija Milosavljević Kolarac (1800-1878), a Serbian merchant, understood the importance of education very well, and thus in his will, bequeathed his entire property to the education and culture of his people. The influence on human education certainly has the knowledge of foreign languages, because it contributes to further improvement, better communication with business partners and friends, understanding of other cultures and habits – adapting to life abroad and much more.

Interestingly enough, English had been taught at Kolarac before the Department of English Language and Literature at the University of Belgrade was founded. One of the founders of the Department of English Language and Literature was Mrs. Mary Stansfield Popović, who first taught English at the Kolarac Foundation and was in charge of elementary, intermediate and upper-intermediate levels. Mrs. Mary Stansfield Popović was also the author of the first textbook for learning English in this country, which included phonetic transcription, and was published by the Kolarac Foundation between the two world wars. Teaching in The Centre for Foreign Languages continued until today with constant following the trends in learning and using the acquired knowledge, as well as the basis for taking internationally recognized exams.

Many world languages have been taught in The Centre for Foreign Languages and all courses are, at the same time, preparation for taking internationally recognized exams.